South African Sign Language (SASL) will soon become South Africa’s 12th official language. This has been a long road that started with Parliament being addressed by the Deaf Federation of South Africa in 2007. In 2017 the Constitutional Review Committee recommended that the constitution be amended to include SASL as one of the official languages. This year, President Ramaphosa approved the 18th Constitutional Amendment Bill and yesterday the Government Gazette issued a notice that calls for public comment on the amendment that will make SASL an official language (http://www.gpwonline.co.za/…/47049_19-7_JusticeConDev.pdf). Comments can be sent to RegoBaloyi@justice.gov.za.

SASL as an official language will raise the status of the language. This will in turn foster the understanding that SASL is of comparable status to spoken languages. Deaf people will be able to have access to information wherever legislation requires that it be available in all official languages. Certainly, the driver’s license test will need to be available in SASL and will solidify our government’s commitment to equal access. Provinces and government departments are still able to pick any three official languages to be used in their official proceedings so this will not be a solution to a deaf person not having communication access at a clinic. But this will hopefully be a significant step forward in creating the resources necessary to provide accessible services.

We are concerned that more service providers will offer SASL classes and training and caution that only suitably qualified trainers be used, who are preferably Deaf.

SASL is a beautifully complex language and we celebrate along with all South Africans. 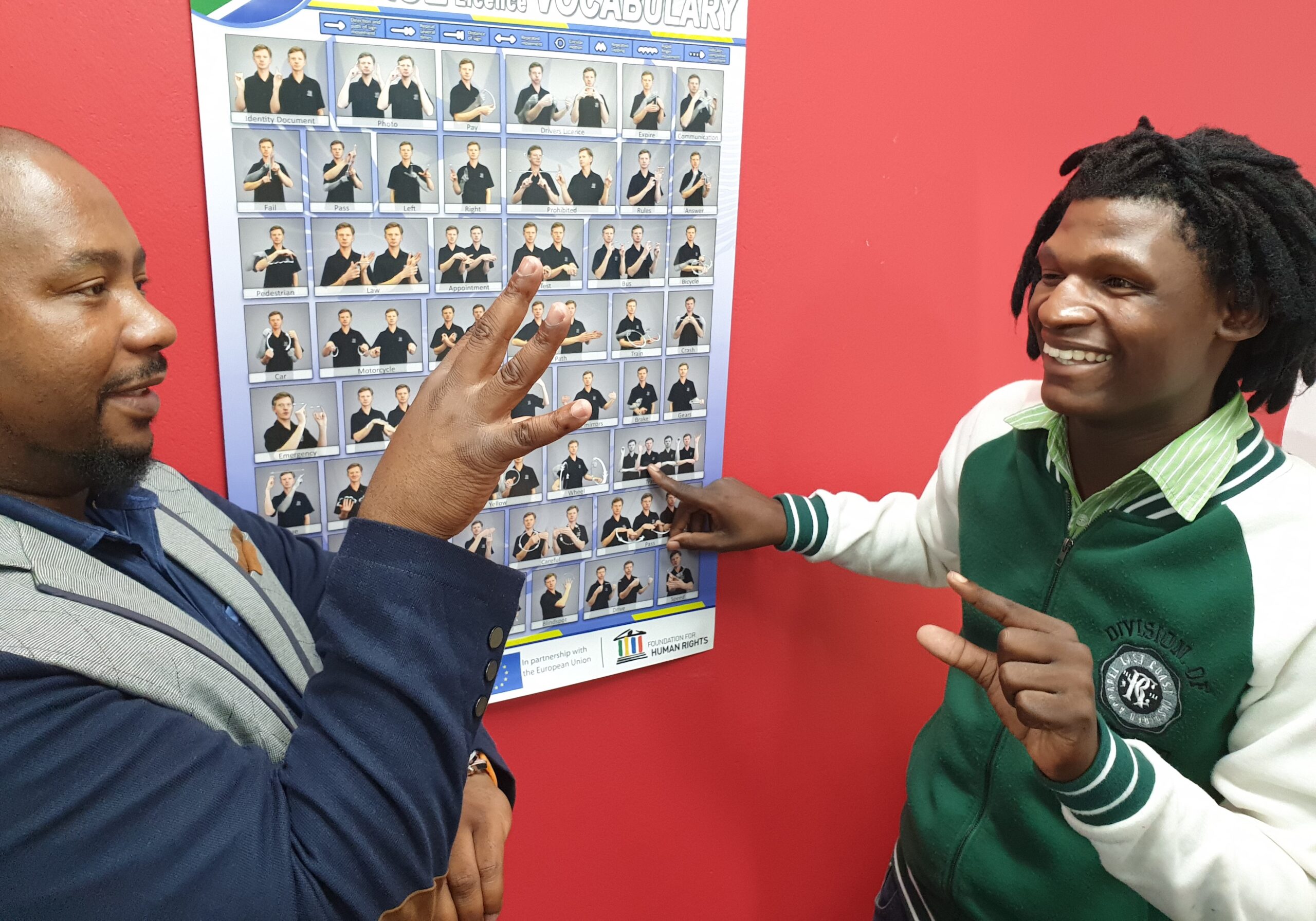